Already there were a number of mining personnel who had previously worked in mining, both in Great Britain and other overseas countries. To mining in New Zealand they bought practical skills and knowledge and some, overseas qualifications and skills recognition. A number of these personnel had followed family forebears into the mining industry. ( eg the Cornish tin miners, Glaswegian chemists and engineers , County Cork & County Limerick engineers, surveyors and mine managers, Yorkshire and Welsh coal miners )

With the first European settler discovery of gold on the Coromandel Peninsula by Charles Ring in 1852, those who “flocked to the Coromandel” seeking a fortune found a different sort of mining required to that of many of the later South Island “gold rushes.” Not the alluvial mining where one could “pan for gold,” sluice and perhaps “strike it rich.” Instead it was auriferous “ hard rock mining” which required transport systems, machinery, equipment and skills. A knowledge of the underground “lay of the land” and this was so on the Coromandel Peninsula with its geological volcanic origins, fault lines and dykes.

The opening of the Thames Goldfield in 1867 saw rapidly developing industrial Mining in the many stampers and batteries constructed, to crush the quartz, along with the use of “that new fangled steam” to run the boilers of the large crushing plants. Tramways and railways  to move the quartz to the batteries for crushing.

The fatal Kuranui Boiler Explosion at Thames in 1874 saw New Zealand’s first piece of “On Land” health and safety legislation developed. This was the Machinery Act 1874 which carried provision for an Inspectorate, Inspection and formal certification and training of those operating the “new fangled” boilers. This was not new to the Marine Industry who had since 1866 in New Zealand such a system “ On Sea “ for those running the coastal steamers which plied to and from the Coromandel Peninsula. The first Colonial Chief Inspector of the Machinery Act – Joseph Nancarrow – had been Chief Inspector of Steam Machinery within the Marine Department for Inspection of Steamers.

Further Developments for the Mining Industry

In the 1880’s there were several developments in the New Zealand Mining industry that influenced “how things were done” including formal skills recognition within the industry. One of those was the opening of Thames School of Mines in 1885. Later Schools of Mines were opened at Coromandel, Waihi (1897), Karangahake (1901) and a branch at Waikino (1907).

The legislation – certificates and training

It could be said looking back in 2010, that this was one of the first attempts in New Zealand with formation towards a full Industry Training system ( in the mining industry).

The first provisions under the Mining Act 1886 outlined what in 2010 would be called RPL or Recognition of Prior Learning.

There was provision in 1886 for those who wished to hold a Mine Managers position but had had long practical experience, to apply in writing to the Board, outlining their previous practical experience and knowledge in order to gain a certificate without examination. Initially this step was required to be completed within 3 years from 1886. The Star ( 07/01/1888. P4) reported the following:

“ According to the provisions of the Mining Act of 1886, every mine manager must obtain a certificate of competence within three years from the passing of the Act. Holder's of English certificates will not be required to pass the New Zealand examination. “

Those with English Certificates had to produce proof of such.

For others it was the sitting of the Examinations – for Battery Superintendents and Mine Managers Second and First Class. The Schools of Mines offered a syllabus of subjects thought useful to mining along with lectures that gave to candidates sitting the certificate examinations. The Star (7 January 1888, P 4) reporting on the first examination that too place wrote: -

“first examination of candidates for certificates of competency as underground managers will -take place at the Thames in a few days, Mr Montgomery, of the School of Mines there, acting as supervisor -There are only two candidates.

The opening of the Thames School of Mines in 1885 was the beginning of a new and what was to become a recognised entity on the Coromandel Goldfields and within communities. Professor Black was enlisted to conduct a series of lectures in a “whistle stop tour” of the Goldfields. According to early writings , including Professor Black’s report to Government, these proved a “full house” success with miners on the Coromandel Peninsula.

Mr. Montgomery, the first director of the Thames School of Mines took training to the further corners of the Coromandel Peninsula (what in 2010 would be called Distance Learning). A length of time was spent in Karangahake, Waihi, Te Aroha and Coromandel. Lectures in the theoretical of mining were conducted.

According to accounts evening and Saturday classes were held.

It is of interest and significance that given there were few roads in to the Coromandel in those days and no railway in the 1880’s, the opportunity to attend the School of Mines lectures were well utilised, according to the writings of the era.

At the same time as the Thames School of Mines was consolidating and personnel in the mining industry were coming to grips with “this new fangled training and certification,” the gold mining industry was also undergoing rapid development and change with new technology as it moved into the next decade of the 1890s. New methods (wet processing ) to run the batteries and new scientific processes to extract that extra ounce of minerals from the quartz. With these came a set of new skills to master – electricity, chemistry and the new industrial processes of the mineral mining industry.

Also reported at this meeting ( Ohinemuri Gazette 28/02/1908 p2 ) was a Branch School of Mines opened up at Waikino during 1907, Mr. Gibson in charge of the classes. Mr. O Banks conducting the drawing classes. 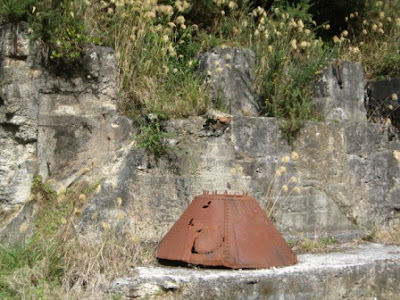 Mine Certificates issued from a recognised authority outside the colony (NZ)